Not for Scaredy cats 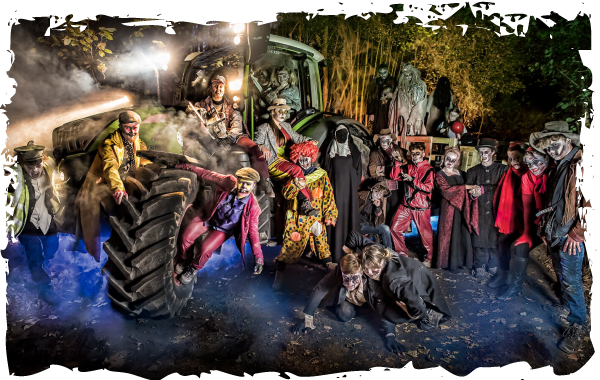 Jump on a trailer, take your seat and explore the abandoned Horrorwood Film Studios. Back in the Golden Age of cinema, the Horrorwood film studios were booming, full of glamour and intrigue and bursting with life. Now all old Horrorwood is bursting with is DEATH. After the terrible incident with the actor who played ‘The Woodsman’ the old studio was forced to close and all the movie sets and props remained abandoned. Lots of actors lost their jobs, and were never on screen again, but worst of all, they lost their fame and MINDS. Some believe that the old actors from all of those years ago still act out the scenes of their glory days on the old set, unable to move on in this life, or the next. Are you ready for your studio tour? 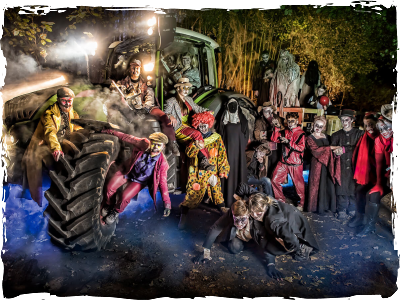 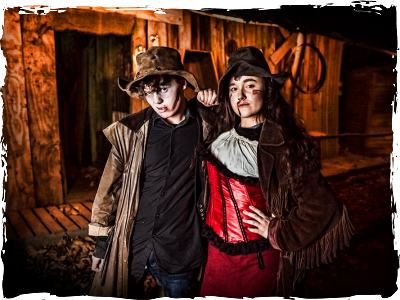 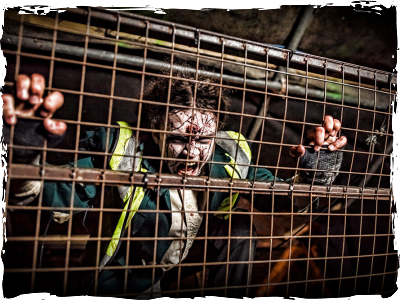 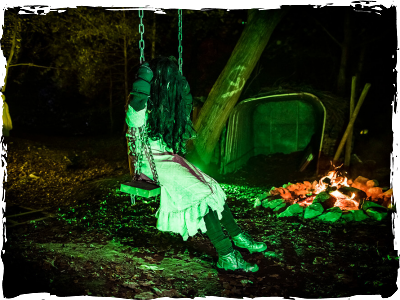